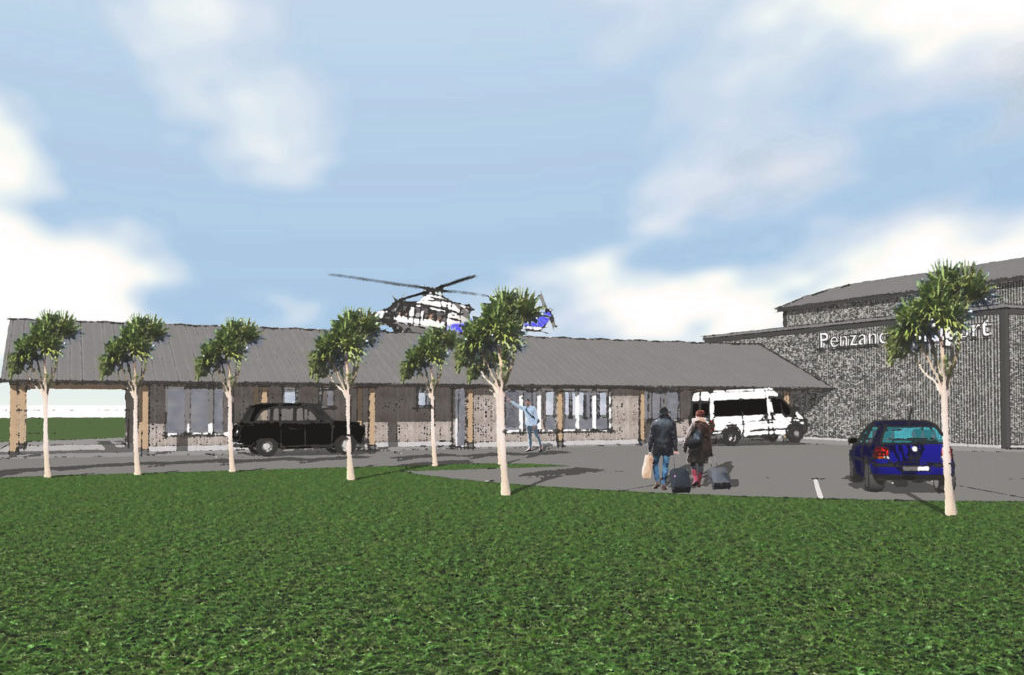 An amended planning application for Penzance Heliport is to be submitted to Cornwall Council in the coming weeks.

The re-submission follows continued opposition to the Penzance Heliport proposal by the Isles of Scilly Steamship Group. Planning consent was originally granted in February this year.

Re-submitting a planning application aims to reduce uncertainty to the islands and the expense to Cornish taxpayers of going through the lengthy judicial review process.

Robert Dorrien-Smith, who is behind the proposals to reinstate the Isles of Scilly helicopter service, said: “Islanders, visitors and businesses on Scilly are desperate to know when the new service will be up and running, but a judicial review can take months to even get to court, let alone be resolved.

“To us this uncertainty and cost to the taxpayer is totally unacceptable and therefore the best course of action is to consent to judgment and submit an amended application.

“This will allow us to address any issues the judge indicated could be arguable, save Cornwall rate-payers money and bring about a quicker resolution to this project that the islands are so desperate to see come to fruition.”

Cornwall Council granted unanimous planning consent for the replacement heliport in February 2017. The project gained the greatest volume of support the council has ever received for a planning application.

In response, a series of legal attacks – including a judicial review – was launched by the Isles of Scilly Steamship Group, which currently holds a monopoly on air and sea transport to the islands.

The judicial review has already created months of uncertainty for the Scilly community, and Cornwall Council would face considerable legal costs defending the planning decision.

A petition against the judicial review has received nearly 9,000 signatures.

We will continue to update this website with progress of the re-submitted application.