Progress on the new Penzance Heliport is clear to see in a striking aerial image released by a Cornish photographer.

The image shows groundwork well underway on the Jelbert Way site, with the car park, helipad, terminal and hangar sites clearly visible, as well as a significant area which will be given over to a wildflower meadow.

The aerial image also clearly shows the convenient location of the heliport, with the A30 running along the site’s southern boundary and Penzance Railway Station clearly visible just one mile away.

The striking image was captured by photographer and CAA-licensed drone operator Duncan Scobie.

Flights are due to commence from the new Penzance Heliport to the islands of Tresco and St Mary’s in spring 2020.  Tickets are expected on sale from this summer. 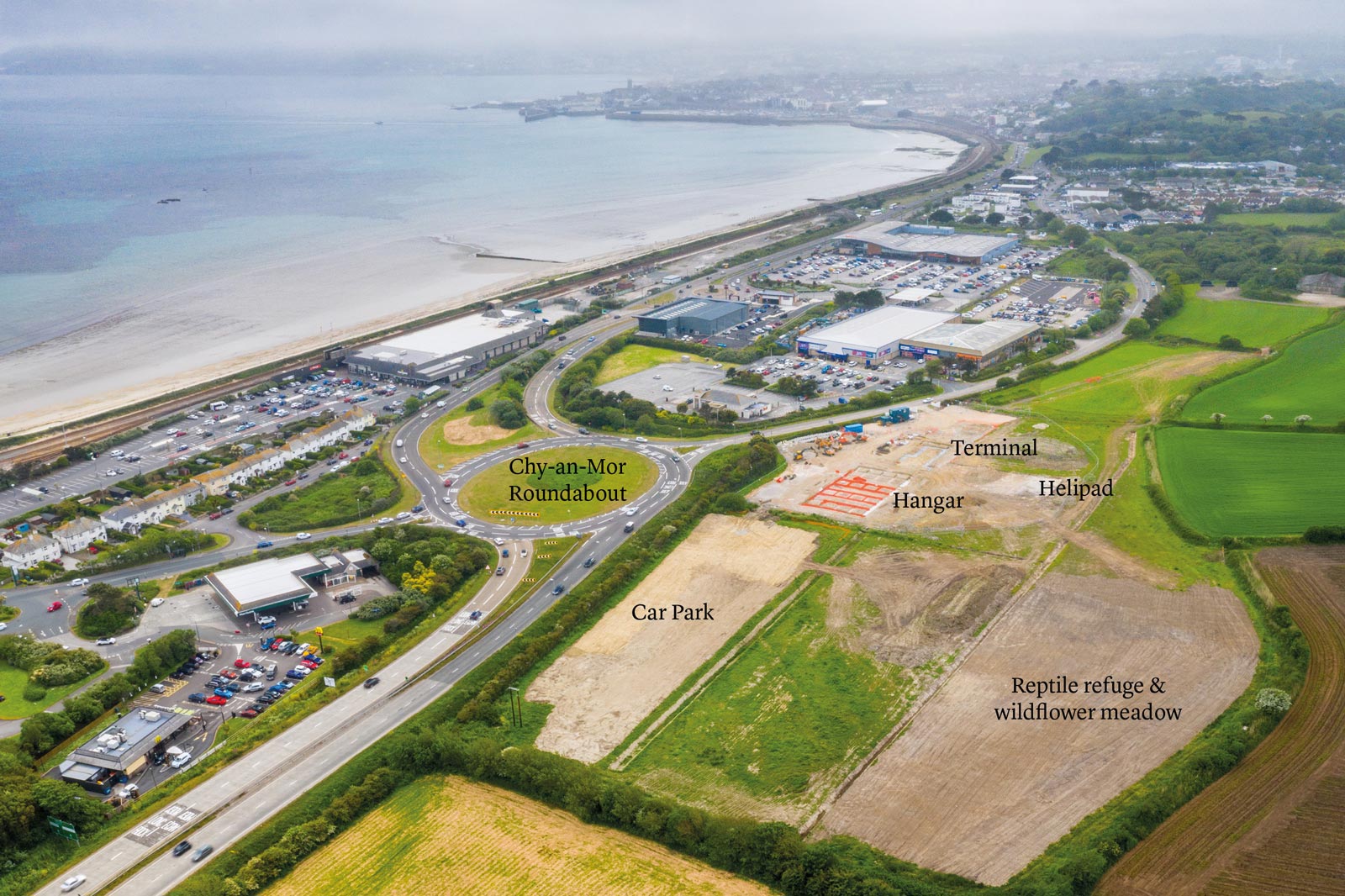 Alan King, site manager for Cornish contractor Symons Construction, said: “Seeing the site from this new perspective shows just how far we have already come. Since main construction began in late March, we’ve made great progress toward reinstating the helicopter link between Penzance and the Isles of Scilly.”

Construction on the new heliport commenced in March 2019 when the turf was cut by Robert Dorrien-Smith and local dignitaries.

The new Isles of Scilly helicopter service, provided by leading operator Sloane Helicopters, will take to the skies in spring 2020. Passengers will fly from Penzance Heliport aboard the state-of-the-art AW139 helicopter, arriving on the islands of Tresco or St Mary’s in just 15 minutes.

Penzance Heliport has been awarded £1.8 million of European Regional Development Funding to support the development of a multi-modal hub connecting Penzance, Tresco and St Mary’s.

Tickets will go on sale from summer 2019.

Get the latest news from Penzance Heliport