Penzance Heliport is home to the dedicated helicopter service for the Isles of Scilly: Penzance Helicopters, flying direct to Tresco and St Mary’s…

Penzance Heliport is the modern home of the helicopter service to the Isles of Scilly; the perfect gateway to the islands

Located just off the A30, and just a mile from Penzance Rail Station by electric shuttle bus, Penzance Heliport is ideally located, making connecting to the islands from across the country a breeze.

From the moment you arrive at Penzance Heliport, you’ll know your holiday has begun. Passing palms and Cornish hedges, you’ll approach the terminal building, finished with sustainable local timber with Cornish granite detailing. Inside, a bright and airy space awaits, with large, south facing windows and expansive views of the helipad.

The helicopter flight to the islands aboard Penzance Helicopters takes just 15 minutes direct to Tresco and St Mary’s aboard a state-of-the-art modern helicopter. Imagine flying into your own island paradise by helicopter. It doesn’t get better than this…

Penzance Heliport was part-funded by the European Regional Development Fund. The heliport project was made possible by the passion for the Isles of Scilly of the Dorrien-Smith family and a multitude of supporters from Penzance, the islands and further afield. The heliport is a tribute to them and a reason for confidence and positivity at the bright future ahead for the islands and Penzance.

To book tickets, please visit the Penzance Helicopters website using the button below. 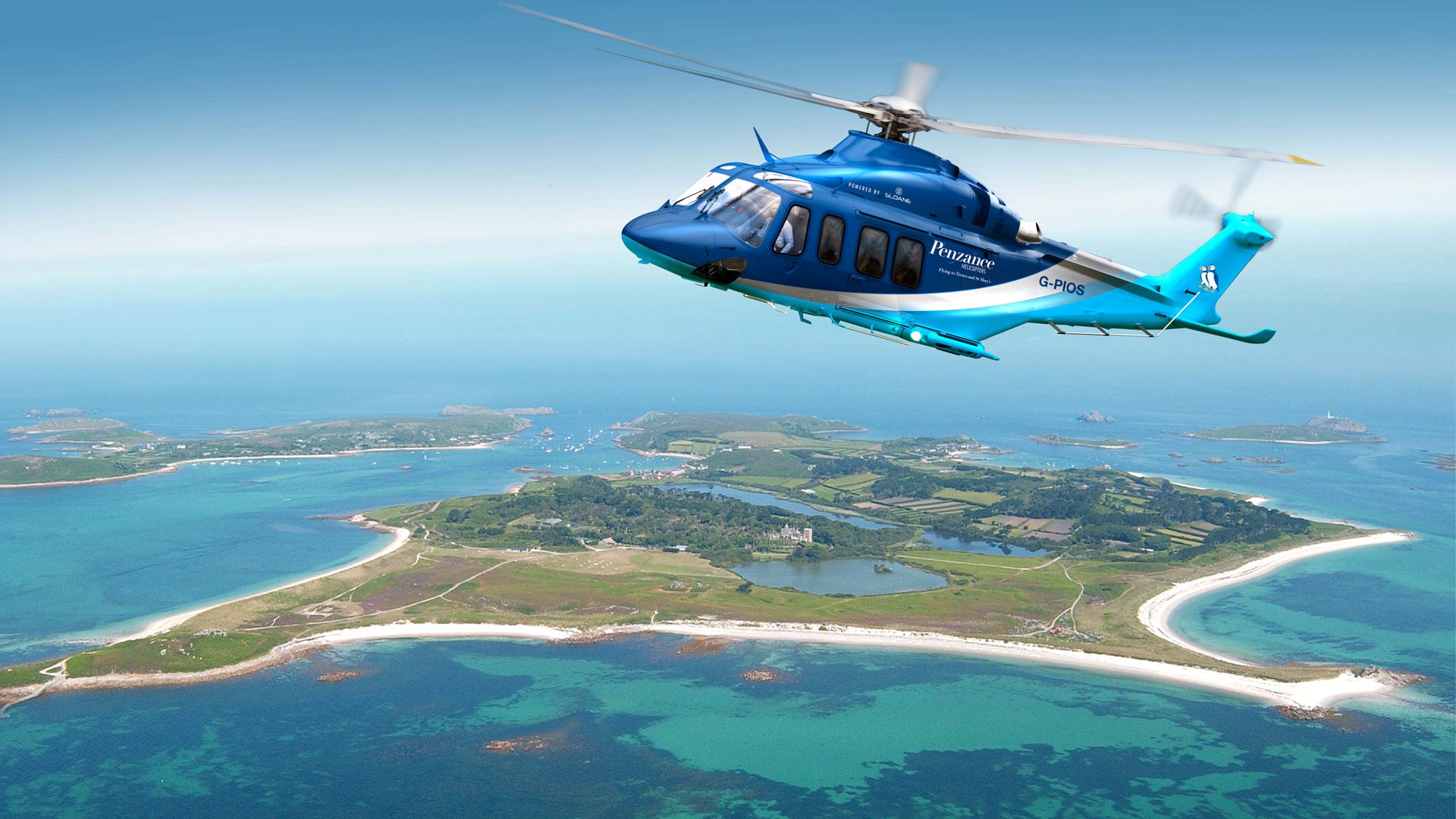